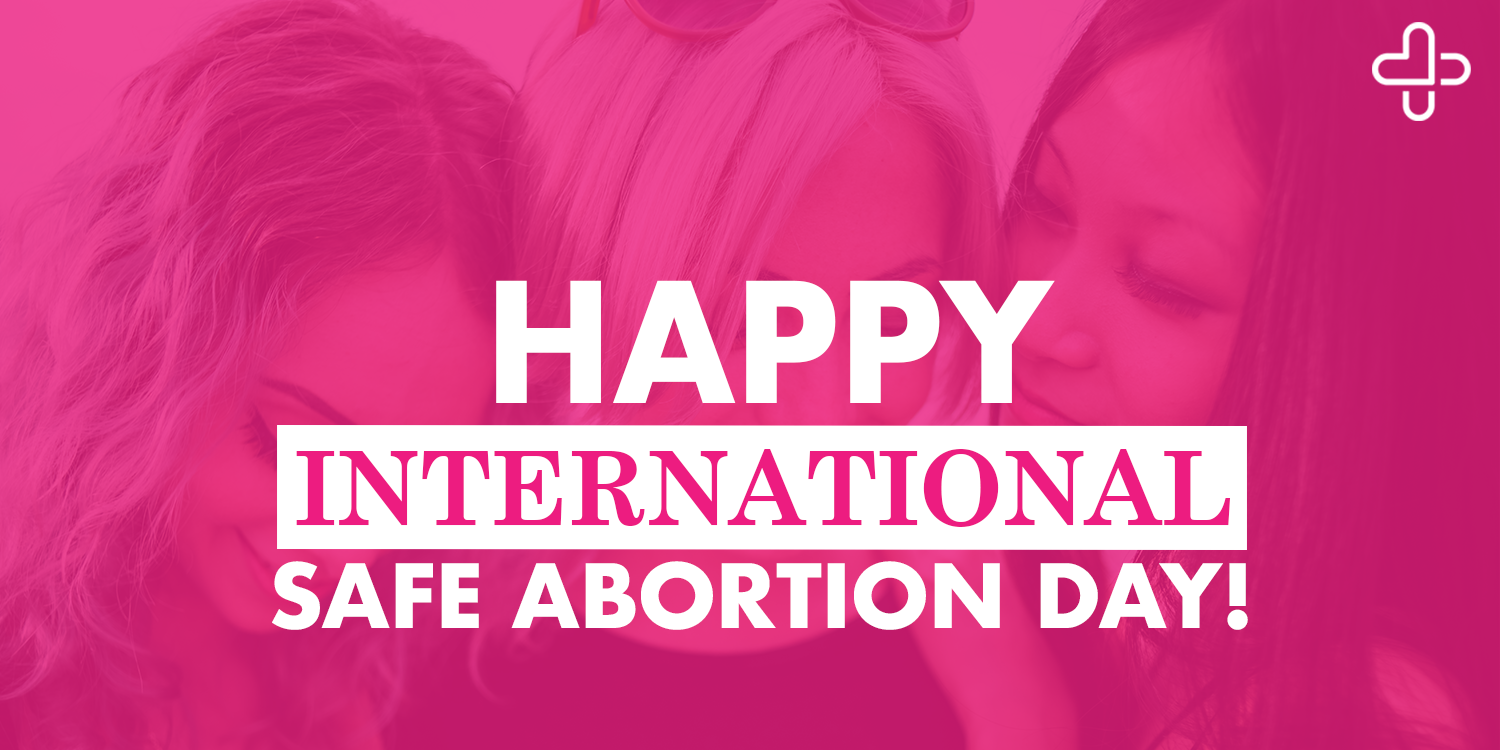 September 28th is an important day. It marks the anniversary of International Safe Abortion Day – a global movement celebrating 27 years of working to improve access to safe abortion around the world. The 28th day of September was declared an international day of action for the decriminalization of abortion in 1990 by the women’s health movement and has been recognized each year ever since. Launched in Latin America and the Caribbean, international activists have been organizing in support of safe abortion on this date for nearly 3 decades.

The significance of September 28th for women’s reproductive rights is huge. It marks not only International Safe Abortion day, but also the 17th anniversary of the FDA approval of the abortion pill in the US. This milestone decision was a definitive line in the sand providing legal assurances of the safety of the abortion pill.

Why is this important?
While abortion has been legal in the United States since 1973, and legal for generations in most other developed countries, women are still suffering and dying from complications of unsafe abortion around the world. Deaths from unsafe abortion worldwide are estimated at 68,000 each year.

It is clear and historically proven that making abortion a criminalized act does nothing to decrease the need for abortion. It just makes abortion care more costly and less available which drives those who seek it to desperate and unsafe actions.

U.S. Perspective
Abortion is one of the safest medical procedures performed in the United States. In fact, of the 88% of abortions performed before 13 weeks of pregnancy, it is estimated that 97% of these women report zero medical complications. While anti-abortion extremists have attempted to use unsubstantiated claims that legal abortion is harmful to women’s health, those claims have been disproven by both medical research and legal analysis.

The Anniversary of the approval of Mifepristone in the U.S.
September 28, seventeen years ago today, was the date the FDA approved the drug mifepristone for use in the U.S. Mifepristone, and a second medication called misoprostol, are commonly known as medication abortion. They have been successfully used by more than 2 million women in the United States for early abortion since the year 2000. While great strides have been made in improving access to this safe medication, including the FDA recently approving broader use of this drug for women up to 11 weeks along in their pregnancy, there is still opportunity for its use that is not being realized today.

Medication Abortion Worldwide
While progress in the U.S. has been slow but steady, the international community has leveraged the abortion pill to actually save lives by decreasing maternal mortality rates. This has been proven in countries where abortion was formerly restricted. For example, in Nepal, hundreds of female health volunteers have been trained to administer pregnancy tests and provide referrals for medical abortion at the village level. According to a government health study, access to safe abortion is one of a number of strategies that contributed to a dramatic reduction in maternal mortality, from 415 to 229 per 100,000 live births.

In Ethiopia, maternal mortality was cut drastically after midwives were trained to counsel women about their pregnancy options. Within three years of the introduction of medication abortion, over 60% of women seeking abortion care chose this method.

At carafem, a big part of our mission is to improve access to abortion care for all people. It can be easy to get caught up in the day-to-day, so, on this day, let’s take a moment to reflect and appreciate everyone fighting to keep abortion safe and legal. And let’s not forget there’s still work to be done. We need to keep clearing the way for greater access to the methods women need for safe abortion and better health.

By continuing to use the site, you agree to the use of cookies. More information