As part of our efforts to bust abortion stigma, we’re sharing real stories from real people who have chosen abortion. While Jess didn’t have her abortion at carafem, we find her story honest and moving, and we want to share it with you.

About nine months ago, after being in a relationship for 3 months, I realized I missed a period.

I had been kind of tired and I didn’t think much of it, but decided to take a pregnancy test and saw it was positive. I freaked out because I didn’t know how to feel — worried I had been careless, scared of how I was going to proceed and somewhat happy because I was sure of my decision and the support I would get from my boyfriend. We had been careful by using condoms and I had an appointment for birth control, but some things just happen.

I was at my apartment going over to my boyfriend’s house where I told him that I was pregnant and that my decision was to immediately make an appointment with Planned Parenthood. He said, “Okay, whatever you need I will be there and we will get through it.” He then suggested we watch a funny movie.

I made an appointment for 2 weeks later, where I found out I was 8 weeks along. They only asked me once about my decision and never pushed me more; asked if I had support and went through the steps of how to take the medication.

I didn’t feel anything but relief afterwards, got on birth control and never looked back. My boyfriend and I don’t want children and have never been happier.

On a side note, I had found out my older sister and her husband were expecting (we got pregnant at almost exactly the same time). She just recently gave birth and they are on cloud nine — making me realize how right my decision was to get an abortion.  Plus, based on how easily I got pregnant and knowing how many people are out there that want to and can’t get pregnant — I am taking the steps to donate my eggs! 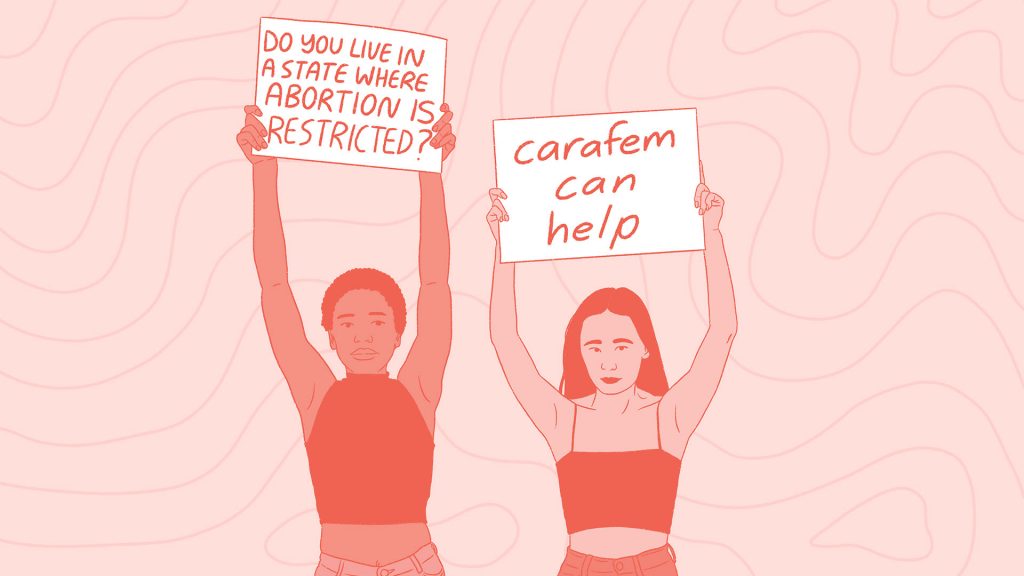 Live in a state where abortion is limited? carafem can help!

Is your period a week or more late? Here’s what to do next!

So you could ignore it for a few days, but now it’s been almost a week and you’re starting to…