As part of our efforts to bust abortion stigma, we’re sharing real stories from real people who have chosen abortion. While “P” didn’t have her abortion at carafem, we find her honest and moving, and we want to share it with you.

Interested in sharing your story, anonymously or not? Email us at [email protected] for more details.

“My abortion not only allowed me to pursue my passion and go to grad school for filmmaking, but also to explore a healthy, unburdened relationship with the partner I hope to spend the rest of my life with!”

I was 22 when I got pregnant. Fun fact: the morning after pill doesn’t work every single time.

I sort of noticed my mood was off (I had left my best friend’s Passover dinner early and in a huff, which wasn’t totally like me) and I was feeling nauseous a lot. My periods were irregular during this point of my life, so it wasn’t immediately apparent to me that I was pregnant. For a while, I sort of suspected it, but just kept pushing the thoughts away. Finally, after ralphing and crying randomly in my work bathroom, I decided enough was enough.

At my lunch break, I ran to the nearest pharmacy and bought a pregnancy test. Because I was scared I might somehow be found out, I took the pregnancy test in a McDonald’s across the street from my work. That sounds more depressing than it was; I was mostly terrified.

Those horrible lines showed up: pregnant. I ran back to the pharmacy, grabbing another test from the same cashier. He looked at me with a mixture of embarrassment and sadness. I decided to take the test again, this time in a single occupancy stall in the building where I worked, but not on my floor. Pregnant again. Yikes.

It was not even a question for me as to whether or not to have an abortion: I was working a job that barely paid me enough to make rent and buy food. I was also pretty emotionally unstable, and wasn’t taking super great care of myself (I had been hospitalized for a kidney infection only a month previously!). I was super fortunate to have an amazing partner who supported me with my decision; for him, it was a non-question.

I told a few friends, and on the day I found out I was pregnant I talked to a very close friend who had already had two abortions. She guided me towards a clinic where I lived, and really supported me throughout the process.

The shitty part of where I lived was that I had to get two doctors to verify that I was pregnant before I could have the procedure. The first doctor put me in contact with the same clinic where my friend had had her procedures. I brought my partner to the second meeting, where I had an ultrasound. I was fortunately not forced to watch it, and they confirmed I was 9 weeks pregnant. I had to wait some time for the procedure to be done because of scheduling issues. I believe I was on the edge of 10/11 weeks pregnant by the time it happened, though I may be a week off. The wait was horrible. I felt it hanging over me like a cloud, and my mood swings and nausea were killer.

There was only one moment where I felt a little strange about it. Someone had posted some (admittedly cool) photos of fetal development week by week and it showed up on my Tumblr dashboard. I felt slightly strange looking at that, and confided in my mom about it. She freaked out, thinking I had second guessed my decision. Really what I mostly felt was upset that it was happening to me at all.

I ultimately decided to have an abortion because I was not at all in the right place in my life emotionally or financially to have a child. On the day of the procedure, I was brought into a room where I was examined again for anemia and confirmed once more that I was pregnant. I was having a surgical procedure as I was past the stage for a medical one, though in retrospect I would have probably chosen to have a surgical procedure regardless. I remember heading into the surgery room and having a friendly nurse hold my hand as they administered the sedative medication.

I remember feeling, halfway through, something discomforting and saying out loud, “I feel like I’m being fisted by a robot.” Then, I remember that I was walking out of the room, apologizing for the robot comment, and thanking the doctors and nurses for their help.

I sort of came back to consciousness in the recovery room, where other women were waiting. I was the only one there who hadn’t had an abortion before, which I found extremely comforting. No one judged me. No one was outwardly upset. Everyone was older than me, and very supportive. I drank orange juice and had a cracker. They gave me a three month supply of birth control.

The end was really the only negative part of my experience: I wanted to go home, and so they called for my partner in the waiting room, but then I mistakenly headed upstairs as they were calling my name. The whole waiting room was at attention for me, and my partner’s face is seared into my memory. He was scared for me. They called me a cab, and as we left there was one sole protester outside, holding a rosary and a prayer card. My partner sort of lightly shoved her out of the way as we went in a cab home. I ate pizza. I had pretty bad cramps for two days. I cried a lot.

I was raised pro-choice, firmly so. But quietly, when I was younger I always suspected that if I had an abortion, I would hate myself after. I have never, ever hated myself for my decision, nor have I regretted it. But I also am not someone who thinks of it as something minor or without emotion. I had, and have, a lot of emotions about the experience just because it was so traumatic pain-wise afterwards, which I wish someone would have told me, and because I feel like I can never talk about.

That’s why I’m writing so much: I rarely have the opportunity to talk to others who have experienced it, as they are either keeping it a secret or feel somewhat differently from me. My friends who know are supportive, but I have had some comments from people who don’t know I had one in my life about how abortion is murder, and I feel scared then to share. When I tell some people, they react like I’ve told them the worst thing in the world. I feel like it was neither the worst nor the best thing. It was just sucky to go through.

This is the first time I’ve ever spoken about it publicly beyond in hushed, confessional spaces. What I want people to know about having an abortion is that it’s okay to lean into the terror and pain and really experience it if you want to, just as it’s okay to feel like it was no biggie. I feel like second wave feminists put pressure on us to feel great, move on, and speak up about our experiences. It’s more complicated than that for some people — you do not have to regret your decision to still feel upset about it.

I’m so glad I had an abortion! I will march gladly, speak loudly, and fight doggedly for other folks to have their own! But I do wish I had the space to process how scary and traumatic it all was without judgement.

September 28th is a Big Day in abortion history. You may have heard that it’s International Safe Abortion Day — but… 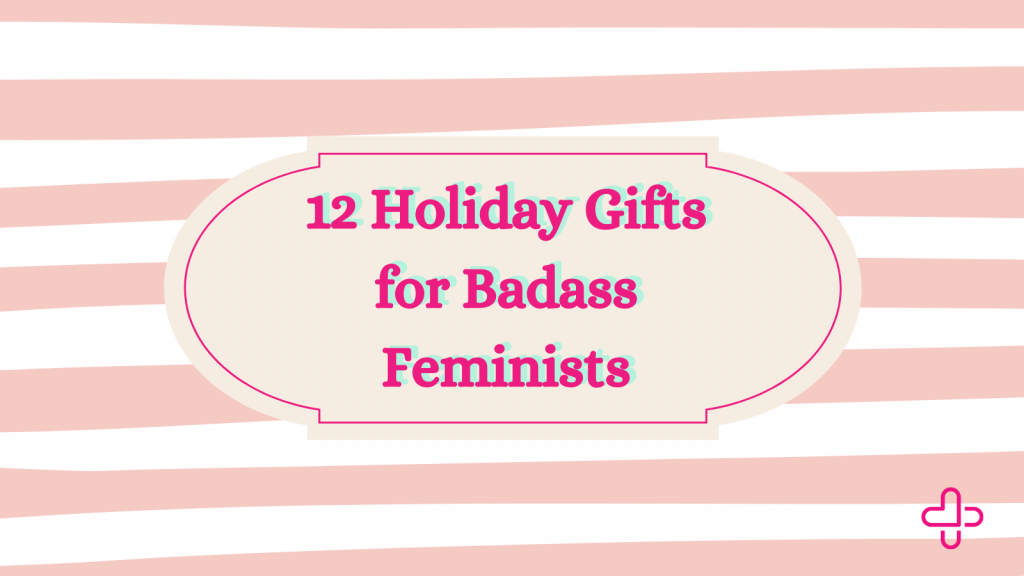 Ho ho ho, the holidays are right around the corner! If you’re anything like us, you have a bunch of…